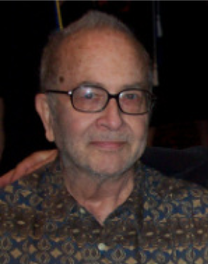 He is a 1949 graduate of Fabius Central High School in Fabius, New York and in 1951 received an Associate’s degree in Animal Husbandry from Morrisville College. In 1959 he received a Bachelor’s of Science in Agriculture and in 1965 a Master’s of Science, both from The Ohio State University where he was also a member of Delta Theta Sigma.

He was instrumental in establishing the Future Farmers of America (FAA) program at Marlington in the mid 60′s and in 1976 had a student become a Star Farmer of America. He was a member of the Marlboro Lions Club, holding offices on several occasions and a member of Advent Lutheran Church since moving to Ohio in 1964. He and his wife, Lois, raised four children: Mark (’79), Geoffrey (’81), Jill (Eaton) Simms (’84), Bryan (’88), all graduates of Marlington High School.

Recipients of this scholarship will have a GPA of 2.75 or greater and will have an interest in a Bachelors degree in Agriculture, Natural Resources, or Horticulture, or in the teaching of any of these fields. Special priority will be given to students involved in the Future Farmers of America (FAA) program. Should there be no students meeting this criteria, consideration will be given to a student pursuing a Bachelor’s degree in Education or a two-year certificate program in any related field.