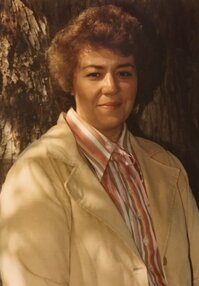 Barbara Yoder Hall was a 1958 graduate of Marlboro High School before the creation of the Marlington school district and the mother of four boys who also graduated from Marlington High School- Ed Jr. ('80), Steve ('81), Guy ('88) and Jason ('89).

Barbara was a professional speaker, writer and the author of the book Born Amish, a collection of short stories chronicling her growing-up years. She was raised Amish in Holmes County, Ohio until her family moved to Marlboro Township in 1951 and became Mennonite. Over time she and her ten brothers and sisters assimilated into the 'Yankee' world, each choosing a different path in life. As adults, she and her parents, Moses and Mary Yoder, continued to maintain strong connections to the Amish community.

Barbara's professional speaking career began when local church groups asked her to share stories of growing up in an old order Amish community. Over time she became well known throughout Ohio and surrounding states as an accomplished writer and presenter. Barbara was an often requested and respected member of the Greater Canton Writer's Guild, the Ohio Writer's Guild, the Ohio Speakers Forum and the National Speakers Association.

​Barbara was a creative force –and she was fearless, never afraid to take on a new challenge. Not having the opportunity to go to college, life was her university.
She was curious about the world both near and far and had a thirst for knowledge that lasted up until her untimely death in 1988. The Hall family cherishes her spirit of creativity and know her desire to learn more about others and the world around her are valuable traits candidates for this scholarship should possess.