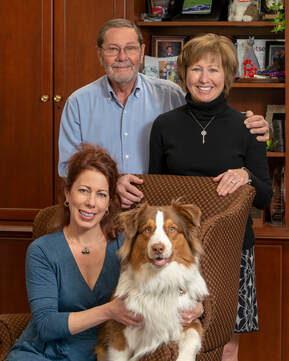 Coastal Pet - Stout Family Scholarship
​
Coastal Pet Products, Inc. was founded in 1968 in the basement of a pet shop. With just $300 in startup capital, brothers Jim and Tom Stout launched what would become a leading manufacturing business and one of the largest employers in Alliance. Their first facility was built in 1974 and employed ten people. During the early years, they became one of the leading pioneers in the collar and leash industry by utilizing nylon webbing instead of traditional leather. As the industry grew and matured, so did Coastal Pet.

Using cutting edge innovation and design, Coastal Pet’s nearly 400,000sq. ft. facility now employs 475 and is a leading supplier of collars, leashes and other pet products. Jim is a graduate of Shreve High School and has a Bachelor’s Degree from The Ohio State University. Tom is also a graduate of Shreve High School. The Stout family’s history with the district includes their mother, Helen, who served as secretary for Marlboro Elementary principal HarryCutting and sister Kathy (Stout) Belemey (’66) and children: Kim Stout(’87), Jeff Stout (’89) and Pattie Stout (’91).

The scholarship will be awarded to a student entering in the tech / trade industry.