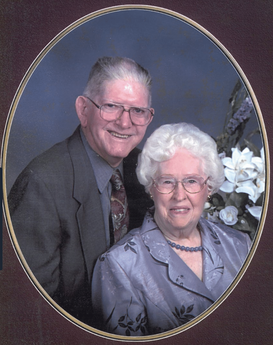 Mary Elizabeth “Betty” Devies was a 1939 graduate of Marlboro High School and lived to be 96 years old. She was Salutatorian of her class and her eventual husband, Harold (Bud) Devies was their class president.

She graduated from the Aultman Hospital School of Nursing in 1943 and worked as a Registered Nurse with Alliance City Hospital for ten years. Betty served as a charge nurse with the Army Nurse Corp during World War II in both the United States and the European Theater. While serving in the military Betty loved to dance. She and Bud were married May 31, 1946 until his death in 2015.  When her three children wondered why they had never seen their parents dance, Betty said “We did. We did the night-time rock the babies dance.”

Betty worked at Alliance City Hospital after the war, but when she had children she was determined to be a stay-at-home mom, later working only weekends. Her children, daughters Aleda and Bonnie and son Leslee, remember getting up on Saturday and watch cartoons with their dad, until time for Mom to come home. Then the kids would scramble to get dressed, clean up the house and do dishes before she got home.  Bud usually managed to work up a sweat and look like he’d been working all day.  Church was an important part of Bud and Betty’s life, and their Sunday school class was very special to her.  They raised their families’ together, celebrated successes and mourned losses together for a lifetime.

Betty was a faithful friend and a nurse to all. People in the community would often stop by her home and she would help and administer their medications.  She was an amateur historian and prolific writer.  With her manual typewriter she authored two books, Marlboro My Home Town and A Nurses Letters Home. When living at Canton Christian Home she belonged to their writing group.

She was a member of Marlboro Christian Church and its Women’s Guild a member of the Aultman Alumni 50 Year Club, AARP Chapter 3932, Jane Bain Chapter of the DAR, Marlboro Township Historical Society, Marlington Senior Citizens, Marlington Alumni Association, and Marlington Memorial Day Association. She was honored to ride in the Marlboro Memorial Day Parade with the Marlboro Volunteers for many years.  Betty will be remembered most for caring about her family, her church, and her community. According to her daughter, “Marlboro was as important to her as we were!”

This scholarship will support students with an interest in medicine and will forever honor Betty’s commitment to her community.