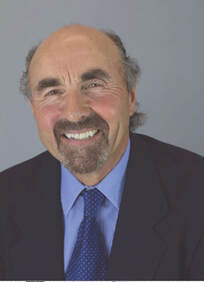 After serving in the U.S. Army, Mike began Pauli Electric in 1975. The company has remained an important part of the greater Alliance community. In the early 1970’s, Mike began performing electrical work as an apprentice. In 1975 he established Pauli Electric as a ‘one-man shop.’ In the early years the company served primarily farms and residential
properties. As the company grew in size and scope, so did its reputation for quality work. Today, Pauli Electric provides service to residential, farm, industrial, and commercial customers, also expanding into fire alarm systems and generators. The company now has 18 dedicated employees, many of whom are fellow Marlington graduates.

Personal memberships include the Alliance Country Club and Alliance Elks. Mike and his wife, Linda (Hoover) Pauli are both 1968 graduates. They started dating as sophomores at Marlington and married in 1969.
The couple has four children, all Marlington graduates. Daughter Michelle (Pauli) Bade (’90) lives with her husband Chris in Muncie, Indiana where she is a music teacher. Their sons Michael (’93) and wife, Brenda, Matthew (’00), and his wife, Jamie, and Mark (’02), and his wife Kristen, all live in the area. Michael and Matthew work with their father at Pauli Electric. Mark is employed by Kenan Advantage Group in North Canton. Mike and Linda have 12 grandchildren.

The Marlington Alumni Association is proud to recognize Mike Pauli as the 2021 recipient of the
Marlington Alumni Association Outstanding Alumni Award.
Outstanding Alumni
The Outstanding Alumni Award is the highest honor given to a Marlington alumni.  We are privileged to give careful consideration to all nominations. Please send a 1-2 page letter of nomination to explain why this person should be considered an Outstanding Alumni. Include additional letter(s) of support (non-family members) to provide a better understanding of the nominee's accomplishments, community involvement or assistance to Marlington, family information, other awards or recognition, newspaper clippings and/or photos. Complete the form below or send inquires or nominations to marlingtonalumni@yahoo.com or PO Box 6001, Alliance, OH 44601. We regret incomplete nominations cannot be considered.